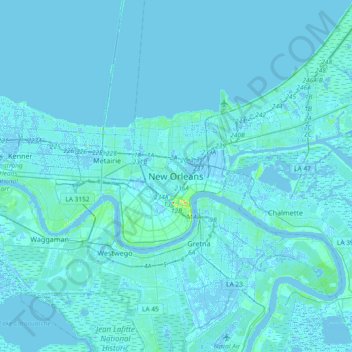 Founded in 1718 by French colonists, New Orleans was once the territorial capital of French Louisiana before becoming part of the United States in the Louisiana Purchase of 1803. New Orleans in 1840 was the third most populous city in the United States, and it was the largest city in the American South from the Antebellum era until after World War II. The city has historically been very vulnerable to flooding, due to its high rainfall, low lying elevation, poor natural drainage, and proximity to multiple bodies of water. State and federal authorities have installed a complex system of levees and drainage pumps in an effort to protect the city.