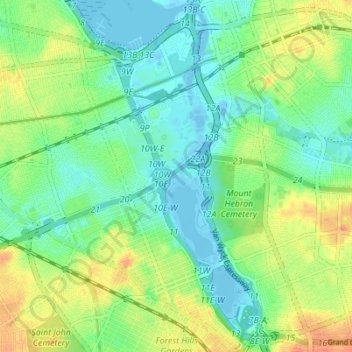 Around 1907, contractor Michael Degnon, whose firm constructed the Williamsburg Bridge, the Cape Cod Canal, and the Steinway subway tunnel (used by today's 7 and <7>​ trains), purchased large tracts of marsh near Flushing Creek. At the time, the land was considered "all but worthless". Degnon envisioned using the site to create a large industrial port around Flushing Bay, similar to a terminal he developed in Long Island City. By 1911, Degnon had created a plan along with the United States Department of War and the Queens Topographical Bureau. The plan envisioned widening Flushing River and creating docks for ships, with numerous factories and freight facilities. Meanwhile, the residential areas of Corona were expected to become the primary residence for factory workers.