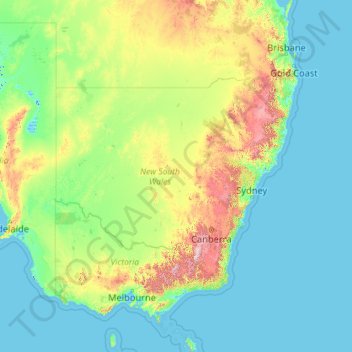 The climate in the southern half of the state is generally warm to hot in summer and cool in the winter. The seasons are more defined in the southern half of the state, especially as one moves inland towards South West Slopes, Central West and the Riverina region. The climate in the northeast region of the state, or the North Coast, bordering Queensland, is hot and humid in the summer and mild in winter. The Northern Tablelands, which are also on the North coast, have relatively mild summers and cold winters, due to their high elevation on the Great Dividing Range.