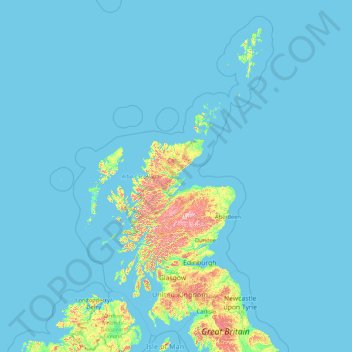 A significant exception to the above are the fossil-bearing beds of Old Red Sandstones found principally along the Moray Firth coast. The Highlands are generally mountainous and the highest elevations in the British Isles are found here. Scotland has over 790 islands divided into four main groups: Shetland, Orkney, and the Inner Hebrides and Outer Hebrides. There are numerous bodies of freshwater including Loch Lomond and Loch Ness. Some parts of the coastline consist of machair, a low-lying dune pasture land.