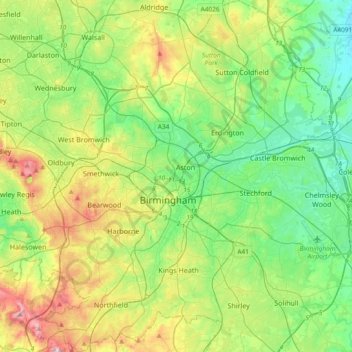 Birmingham is a snowy city relative to other large UK conurbations, due to its inland location and comparatively high elevation. Between 1961 and 1990 Birmingham Airport averaged 13.0 days of snow lying annually, compared to 5.33 at London Heathrow. Snow showers often pass through the city via the Cheshire gap on north westerly airstreams, but can also come off the North Sea from north easterly airstreams.