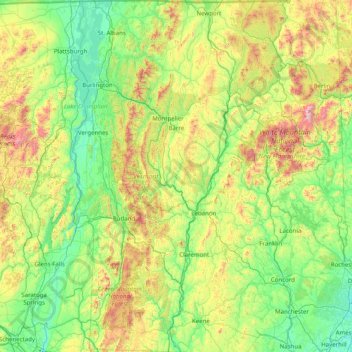 The topography and climate make sections of Vermont subject to large-scale flooding. Incidents include the Great Vermont Flood of 1927, which killed 84 and damaged much of the state's infrastructure, the flood of 1973, which covered many of the state's roads in the southeast, and Tropical Storm Irene in 2011, which caused substantial damage throughout the state. In response to the 1927 flood, the Federal government funded construction of six flood control dams in the state, run by the Army Corps of Engineers. These extreme rain and flooding events are expected to get worse with climate change.