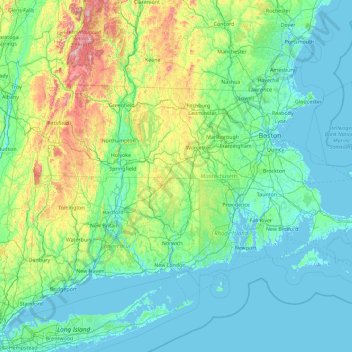 Despite its small size, Massachusetts features numerous topographically distinctive regions. The large coastal plain of the Atlantic Ocean in the eastern section of the state contains Greater Boston, along with most of the state's population, as well as the distinctive Cape Cod peninsula. To the west lies the hilly, rural region of Central Massachusetts, and beyond that, the Connecticut River Valley. Along the western border of Western Massachusetts lies the highest elevated part of the state, the Berkshires, forming a portion of the northern terminus of the Appalachian Mountains.